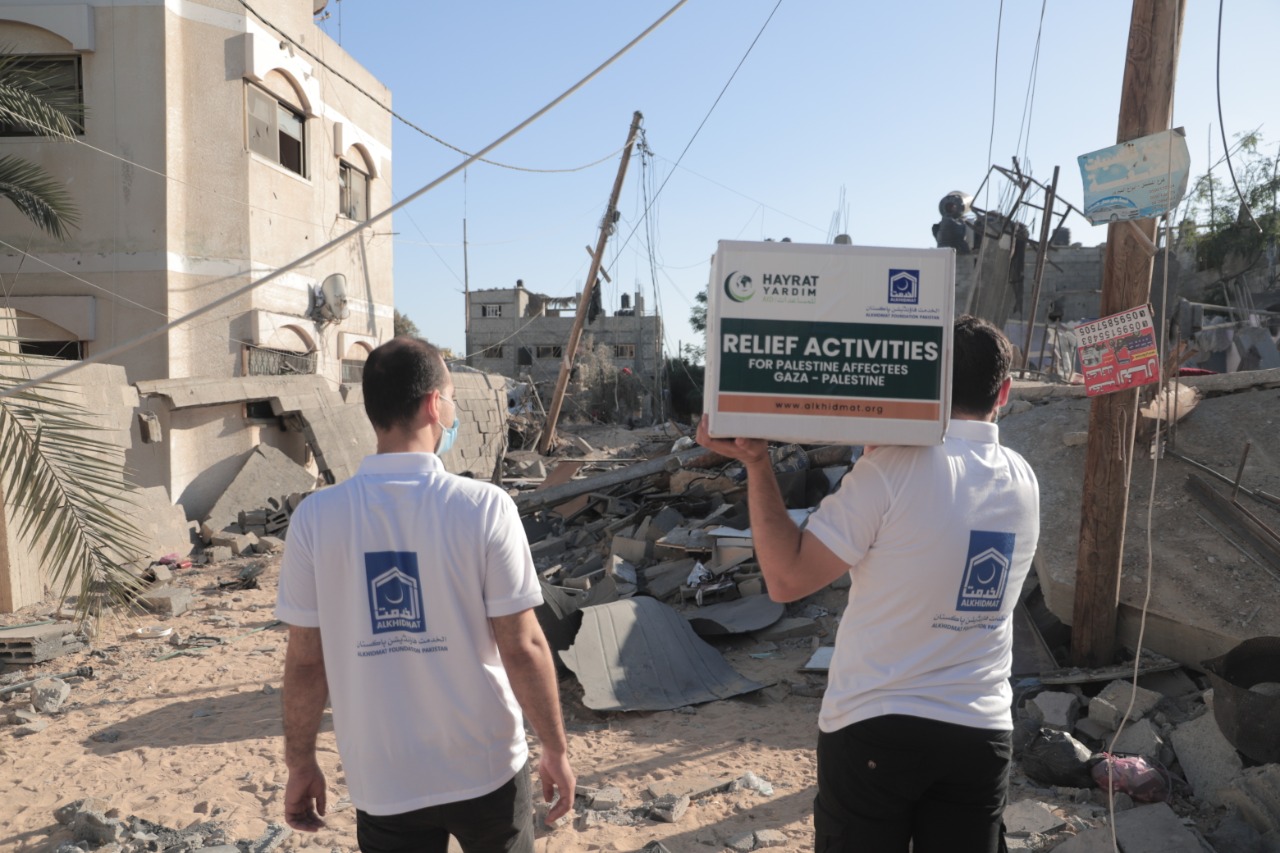 People in Gaza for eleven days straight were bombarded by Israel. During the consistent airstrikes almost 250 Palestinians were killed along 1900 people who were injured as opposed to the 11 Israelis who were killed. These attacks have further exposed, and highlighted generations of trauma, pain and suffering being subjected to the Palestinians. Israel’s settler colonialism, expansionist policies and genocide are endorsed by many global leaders. They have either remained lukewarm or completely silent over the situation. The number of casualties and destruction is glaring when compared with that occurred in Israel. Moreover, it is the need of the hour to not only recognize the rights of the Palestinians but also put forth a two-state solution that will facilitate the people of Palestine in living a life that is not marred with extreme forms of violence, starvation, and death. However, the Muslim as well as the western world has not severed ties with Israel or even threatened to do so. This not only enraged people present globally but placed great responsibility on their shoulders to not propagate the Zionist mindset as being accepted and condemn their actions every step of the way. Palestinians kept raising their voices against the oppression and cruel treatment that they were exposed to because of Israel.

Al-Khidmat Foundation and Pakistan’s Citizen Alliance are two prominent non-governmental organizations working in the face of adversity in Palestine. The world is aware of how for almost several days of protests and attacks in East Jerusalem, the West Bank was also subjected to grave atrocities. The Zionist agenda is to expand their territory and take away from the Palestinians what little space and assets that they have. They were not just heavily bombarded for several days, but their electricity was also cut off and their crops were burnt along which olive trees were planted by Palestinians laden with olives. This is representative of how the Palestinians after airstrikes and decades long violence are living in conditions that are debilitating to say the least. Many governmental as well as non-governmental organizations are paving a way to not only somehow reach the destroyed ‘land of the prophets’ but also help in the rehabilitation of the displaced, suffering, striving, and struggling in all facets of life. With what is labelled as one of the gravest humanitarian crises in the world, Al Khidmat Foundation Pakistan and Pakistan’s Citizen Alliance have put their foot down in ensuring that emergency help is received by the suffering Palestinians. Moreover, it is important to note as to how Alkhidmat Foundation in coordination and collaboration with the notable Turkish humanitarian organization Palestinian Red Crescent Society to provide the relief that is required by the Palestinian people. This organization is not just facilitating the people there or merely providing aid, but also has made great efforts in ensuring that large amounts of food, water, medicines, and all other needed essentials are given to the people on an immediate basis.

Both these prominent and leading organizations are doing distinguished work in the war-torn region that is Palestine. Furthermore, both of these organizations are connected with Milkar, an initiative that connects several different volunteers with the organizations that need them, consequently successfully bridging the gap of providing assistance that requires it on an immediate and constant basis. Their efforts and hard work combined is what can place Palestinians back on their feet. Milkar’s direct as well as indirect endeavors have a paramount impact on the people of Palestine. These efforts are not merely heroic but also distinguished in that they are trying to shift catastrophe and destruction enforced on the people of Palestine.

The author of this blog posting chooses to keep his/her identity anonymous. To get your blog published, email us at [email protected]