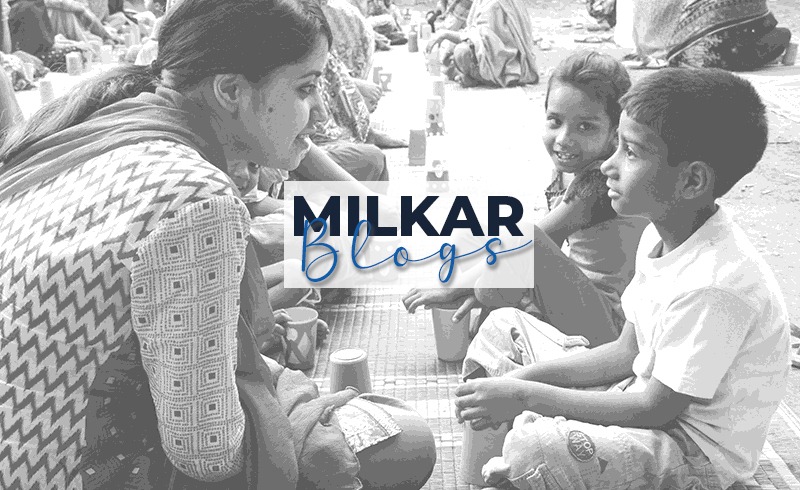 When it comes to charity and philanthropic work, Pakistan ranks among some of the most kind-hearted nations of the world. Recently, the World Giving Index has ranked Pakistan as the 91st most generous country out of 144. We owe this, of course, to the innumerable efforts of all individuals who empathetically reach out to those in need (including the #MilkarChampions – yes, you guys are the best!). But without the efforts of some organizations dedicated to all kinds of social causes working day in and out, it would be impossible to combat difficult times.

Here are 15 NGOs tirelessly working towards making this country a better place, really pushing their limits with the help of dedicated volunteers.

The Sundas Foundation has been an active NGO since the past 22 years working mainly in Lahore, Gujranwala, Faisalabad, Sialkot and Islamabad. Not only has the organization treated more than 6000 Thalassaemia, Haemophilia and other forms of blood cancer patients, it also extends its services to some government and private hospitals free of charge. Despite the covid outbreak, the organization has been able to conduct quite a few blood drives and awareness walks with strict Covid SOPs observation in place.

Since 2001, Akhuwat has been working for poverty alleviation by empowering socially and economically marginalized segments of the society through its various poverty alleviation projects surrounding education and healthcare. Being the world’s largest Islamic microfinance organization, Akhuwat is dedicated towards making life easier for society’s marginalized segments. With their Ramzan Ration Drive, they have reached various marginalised groups including transgenders. They’re devoted to creating awareness about the disparity that is the dark truth of the society – The Akhuwat Fellowship Programme is one such project. You can become a part of the project by following the link: Akhuwat Fellowship Program

Known to many, Alkhidmat Foundation Pakistan is one of the leading non-profit organizations of the country fully dedicated to humanitarian services since 1990. Every year, Alkhidmat distributes thousands of ration boxes throughout Ramzan to those who are unable to get home in time for Maghrib. Currently, the organization is doing it at 5 distinct places in Lahore, plus in major traffic ridden cities. You can become a part of their activity here: Asaan Iftaar

The Citizens Foundation (TCF) is a professionally managed, non-profit organization set up in 1995 by a group of citizens who wanted to bring about positive social change through education. 25 years later, TCF is now one of Pakistan’s leading organizations in the field of education for the less privileged. Despite the Covid outbreak, TCF has arranged virtual sessions and activities that engage students virtually.

Indus Hospital & Health Network provides free of cost healthcare to millions of patients in Pakistan through a network of 12 hospitals, 4 physical rehabilitation centers, regional blood centers, primary health care clinics & public health outreach programs across multiple districts. Spread over 20 acres of land and located in the densely populated Korangi area, today Indus Hospital & Health Network is a symbol of hope for the most vulnerable members of our society. The only initiative of its kind in Pakistan, Indus Hospital & Health Network provides premium health care in an impressive, state-of-the-art health centre completely free to everyone. The organization has been playing a vital role in the free distribution of Covid hygiene kits since 2020. You can become a part of the project by following the link: Ramzan Campaign

Pakistan Children’s Heart Foundation (PHCF) is an organization dedicated to treating children who suffer from Congenital Heart Defect (CHD). Regardless of race, religion, gender, or financial background, the foundation aims to treat all patients with world class medical treatment for their congenital heart defects (CHD). The organization recently held a ground-breaking ceremony of the Children’s Heart Hospital and Research Institute in Lahore.

For over 26 years, Green Crescent Trust (GCT) is dedicated towards the education & sustenance of the deprived. So far, GCT has educated 29,000 children through a network of 150 schools, out of which 1,700+ have been orphans. The organization employs over 1,700 teaching/non-teaching staff in its schools. It has also installed 1,000+ water Projects at Tharparkar that has over 240,000+ beneficiaries.

Seed Out is a not-for-profit crowdfunding platform that is working to alleviate poverty in Pakistan by helping underprivileged families establish their livelihoods and attain true financial independence. They help aspiring micro-entrepreneurs access the tools, training, and support they need to lead a more productive life. Contributions of such organizations have been crucial, especially in times of the Corona pandemic. Generating a sustainable income has always been a challenge in this country, however the challenge has grown in the past year. Organizations such as Seed Out have been tirelessly working toward the eradication of economic dependence and continue to do so despite the pandemic. You can become a part of the project by following the link: Each Penny Matters

Since 2017, Humans of Burewala has been working with the aim of promoting untold stories, empowering the youth and bringing the society together by removing differences. The organization has impacted thousands of lives in distress and need. Their projects, Burewala Dastarkhawan & Meals On Wheels have served over 100,000 meals. Interestingly, this organization has developed a digital ration delivery mechanism called the E-Hadiya which is delivering thousands of smart rations in verified families across our city. They have also built the Edu-Connect, an online portal for the students in Burewala city that links them with campus ambassadors in universities across Pakistan. Through their grassroot actions powered by technology, they are making a difference every day.

Allah Walay Trust (AWT) has one mission – “Khana Sab kay Liye". The organization aims to provide nutritional, low cost and localized food to marginalized communities. Now, it has extended to different meal programs which include serving lower staff, school children, hospitals, porters at railway stations and general public. It has also started a food bank, which distributes subsidized monthly rations to poor families. The organization has particularly taken up pace in the rise of the pandemic, with more and more people joining AWT in their cause.

Society for Educational Welfare (SEW) is a non-profit organization set up in 1996 by a group of passionate women volunteers, who felt the pain and hardship of the children who live on the streets. From a single room (called “Baithak”), progressing towards 143 primary schools all over Pakistan, their hard work and commitment led them towards success while many new hands joined them over the years to strengthen their cause. So far, SEW has enlightened 200,000 children through their primary schools in less privileged areas. Currently, 18,000 students are enrolled all over Pakistan. The organization is not only providing primary education but also connecting 5th graders with other secondary schools in the vicinity. Starting from 2019, SEW has started giving secondary education in 5 selected schools as a pilot project in order to facilitate children till Matric. SEW also boasts a large network of female volunteers, nearly 5000, who work day and night to make the dream of a literate Pakistan.You can become a part of the project by following the link: Uplift Pakistan

Justajoo is a Non-Governmental Organization (NGO) founded in 2010 in Lahore by a group of young humanity enthusiasts with a goal to help anyone in anyway possible. To date, with the help of the compassionate Pakistanis all around, Justajoo has served the community in areas of need included but not limited to flood relief, Internally Displaced Persons (IDPs), lack of education and poverty. The organization, although operational all year round, becomes particularly active in the holy month of Ramzan for Iftar meals. You can become a part of the project by following the link: Justajoo Ramzan

The Million Smiles Foundation working on 7 key areas under the Sustainable Development Goals (SGDs) set by the UN – 1 through 6 and 13. The organization has its presence in 100+ cities across the country with approximately 30,000 people actively engaged to achieve their goals. Founded in early 2019 by a young patriotic woman, Umme Muhammad, the organization is engaged in various welfare activities. Most recently, Million Smiles has organized a ration drive to facilitate those in need during Ramzan. You can join them in their activity here: Aftari sab ke liye

National Forum for Environment and Health

NFEH was formed on June 05, 1999 (the occasion of World Environment Day) by a group of like-minded and committed professionals, industrialists, academicians, environmentalists, students, youth and community workers, willing and committed to volunteer their efforts to maximize possible resources for conserving natural environment and resources of the country, and to offer pollution-free and healthy environment. NFEH is also affiliated with the United Nations Environment Program.  The organization has been taking a stand on various environmental issues; it is one-of-its-kind considering not a lot of Pakistani NGOs work on environmental issues.

Pakistan citizens’ alliance, serving the nation for the past 10 years, is a non-political, non-ethnic, and non-governmental organization which proves to be a substantial platform for the people of Pakistan specifically youth through which they can serve humanity and can develop a sense of helping the needy in others. This organization has its members working as a family being enthusiastic, dedicated, and persistent who work in the domains of Education and Community Development. You can join them in their activity here:Eesar- e- ramzan